In this series of blog posts, I’ll be covering pitches from Shark Tank Australia. In addition, I’ll be trying to get as many of these entrepreneurs as I can to join me for a chat on a new podcast that I’m working on launching soon.

Entrepreneurs: Adam Dubrich and Leigh Warren from Adelaide
Ask: $280k for 20% ($1.4m valuation)
The Concept: Cricket Cooler is an esky (ice box/cooler) with cricket stumps integrated that act as the handle and can be used for backyard or beach cricket.
Pitch Aired: 8 Feb 2015
Status: Business is still live when I checked in June 2019.
Web Site: http://www.cricketcooler.com.au/

Upon seeing the Cricket Cooler, my initial reaction was “That’s a really great idea, I’m surprised that someone hasn’t thought of this before”. It turns out they hadn’t, and Cricket Cooler had secured patents and trademarks for their product in most cricketing countries – more on that later.

They’d launched in September 2014 with a Kickstarter campaign, where they exceeded their $40k goal. In their pitch on Shark Tank Australia, they mentioned that they quickly needed to increase their initial order from 1000 units to 5000 units to meet demand.

Adam and Leigh mentioned that they had a third, silent partner in the company, and all 3 owners have an equal 33% share of the company – again, more on that later.

They also mentioned that they were both part time in the business, and running it as a side project at the time. This created the first real piece of drama for their pitch, when Steve Baxter claimed that they weren’t entrepreneurs for keeping the day jobs and accused them of wanting safety and no risk.

I don’t agree with Steve’s comments here, because for a physical product like the Cricket Cooler which is sold direct to consumers online, especially in the early stages of the company, there’s definitely the potential to build the business as a side project.

Janine Allis was also strongly opposed to it being run as a side project. She shared a story from the early days of Boost Juice, where they sold their family home for capital that they needed to grow the business, moved her family into the office and didn’t take a salary for 3 years before finally starting to pay herself $33k a year.

Steve Goes Out: He considered it a warning sign that Adam and Leigh weren’t truly invested in the business and he’d been burnt in the past with the same kind of thing.

Janine Goes Out: She didn’t think the product was something that she “had to have” and was concerned that there wasn’t someone in the business full time.

Now, back to those patents and trademarks. The entrepreneurs revealed that they didn’t have patents and trademarks for India, which had been pending since 2008. They acknowledged that the “wait and hope” approach they’d been taking wasn’t necessarily the best – but also felt that in terms of the market, the price of the Cricket Cooler might be out of the reach of a lot of consumers there.

Andrew Goes Out: He cites concerns about not having the patent and trademark for India, which is one of the largest nations of cricket fans, as well as concerns around the silent partner who he hadn’t had the opportunity to meet.

John Goes Out: He’s worried that the Cricket Cooler might be a one hit wonder, and prefers to do deals with recurring revenue and greater certainly of long term future success.

Using a loan for a large part of the deal is one of the ways that Sharks on the US version of the show get around the requirement that the investor must get the full amount they’re asking for in order to get a deal. As other Sharks have mentioned before on the US version as well, they’ll almost always offer additional funds to the company as needed, typically as loans to cover purchase orders.

Adam and Leigh discuss the offer quietly, and then state that they’re worried about devaluing the business. They counter with an offer of 10% equity for $80k plus the $200k loan ($800k valuation, 57% of their initial ask). Naomi didn’t budge and restated her offer of $80k for 20% plus a $200k loan.

Offer Accepted: Adam and Leigh head out into the corridor to discuss the offer some more, and return to accept Naomi’s offer of $80k for 20% plus a $200k loan.

I’ve sent an email to Cricket Cooler, and should be having one of the two founders, Leigh, on a podcast episode soon to chat about their business now. 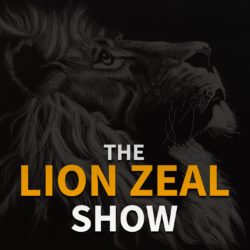